I heard about this movie last year, and just got around to watching it.

Here’s what the movie got right:

– The film was made in Egypt, you can tell because the whole deal with traffic is pretty much spot on. There’s no real concept of traffic lanes in Egypt, nor does the concept of traffic lights exist – there are none.  Taxis are from the 60s, some release toxic fume from the inside.  But most of the time you are poisoned from the pollution from out the window.  Keeping the taxi drivers awake is also important.

– Patricia Clarkson’s character’s surprise in having men follow her everywhere when she goes out in blouses and skirts.  Women get this pretty quickly: you either cover up, or you are “asking for it”.  Unwanted sexual attention that is.  And it goes without saying that every Arabic men that approaches you on the street will have no trouble telling you how beautiful you are. Without fail.

– Yes, you will be offered hot hibiscus tea all the time, even when it’s 40 degrees outside and you are trying to cool down. Tea is usually served with spoonfuls of sugar.

– The gushing new foreigner, and the cynical long-term expat.

– When Clarkson says, I’ll write something about street children, and Tareq says, you don’t live here, it’s complicated.  Right on.

– Everyone you meet seems to be studying some combination of language and tourism. Becoming a tour guide and one day running their own travel agency seems to be the best prospects for a lot of young people.  I have heard every major language spoken while I was there, including impeccable Chinese while inside the Egyptian Museum.

– “Tomorrow I will take the day off.”  Many Egyptian men that endlessly wander the street seem to have this luxury. Under-employment and outright unemployment seems to be a chronic malaise.

Where it’s not one hundred percent:

– It’s not that hot in November. During the days, you can get by with a sleeveless shirt, but it’s no sweltering heat.  At night, it gets chilly fast.

– Venturing out to the oasis doesn’t really count as going out in Cairo.  The white desert is a few hours away, and you need a 4×4 jeep to get out there.  These trips are done overnight, usually with Bedouin tour guides.

– Sailing on the Nile: it’s almost pointless to sail on the Niles during smoggy days, you can’t see three meters from the boat.  Most people sail at night, while eating on one of those boat restaurants.  Much cooler, plus the pollution would’ve been more settled by then.

– “I’m not married.” That’s what all Egyptian men say.  And they are all married. Some maybe twice. In real life, Tareq would tell Clarkson he’s not married while being married with three kids and they’d carry on a torrid affair. She’d find out years later, heart broken, and go back to Egypt and find a younger lover.

– It’s impossible to just see the pyramids without hoards of people trying to sell you everything from fruits, postcards, to camel rides. It’s not a stroll down the Niles either with the smog and traffic.

– And no other tourists around the pyramids?  What is this, a scene straight from Murder on the Niles?

– The movie portrayed the relationship between the two characters as some kind of accidental rediscovery of love for Clarkson and Tareq.  In reality, Egyptian men make a sport out of flirting and sleeping with foreign women.  The worst are those in Cairo that wander the streets, and tour guides. It is not uncommon to see very young Egyptian men with middle-aged European women.  There are even villages in Upper Egypt filled with such couples. The sexual politics of Egypt is very particular, and this is but a romanticized version of such daily occurrences. 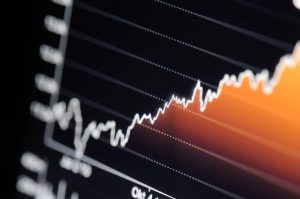 Who would you trust with your investments, Lindsay Lohan or Meryl Streep?