My Brief Foray into Tbilisi, Georgia

What is risk, and how do we perceive risk? When we see someone hanging off a glacier, doing back flips off of a ski slope, or rope walking between skyscrapers, do we assume these people have a certain born propensity for risk-taking?

Over the years, I have found that one’s tolerance for risky ventures tends to change over time. The range of activities that we spearhead may be different, and the enthusiasm by which we embrace changes and manage perceived risks may also be different. But whether we realize it or not, most of us continue to pursue ever so challenging situations. Our desire for the adrenaline rush or our innate curiosity that risky challenges provide is not unlike our appetite, it is stretchable.  I have changed jobs, moved to new cities and countries, skydived, went to places that in retrospect, I probably shouldn’t have.  None of them are connected, but all of them, in one way or another, have pushed me out of my comfort zone.

Most of them are also less than thrilling, so I won’t bore you.  Instead, I’ll talk about the most off-the-cuff thing I had ever done, which was crossing into Georgia from Turkey on a whim. I’m guessing, and hoping, that most of you reading this hasn’t been there yet,  so here’s my story.  I have to warn you ahead of time.  My total time inside the country was less than 48 hours, thus the title “brief”. What happened?

It was the winter of 2007 and I was backpacking through Turkey. I could have been anywhere but I picked Turkey. Because it seemed a tougher choice than, say, Austria. Then I got to Turkey and realized many parts of touristy Istanbul were even more modern than where I had come from (Calgary).

For the most part, people spoke English, long-distance buses were more comfortable than Greyhounds, and the cost of laundry was nothing but highway robbery in broad daylight. Instead of hitting all the must-sees, I skipped the southern beaches and western Roman ruins, bypassed Ankara and headed for the rocky interior of Cappadocia.

I had no plans, and after an almost week-long stay going through underground caves, taking leisurely hikes through various cute-name canyons (rose, love, dove), squinting at strange chimney rock formations, and watching Turkish military launch angry missiles into the Kurdish areas on TV, I bought an overnight bus ticket, heading east. Trabzon was supposed to be a beautiful town, one built beside the Black Sea, in an area that used to be Christian Armenia. I wish I could say my choice was inspired by some kind of historical curiosity or cultural appreciation. It wasn’t. I just wanted to get away from the tourist crowds.

I got my wish. Other than a hippie Scottish girl and me looking for some je ne sais quoi adventure, everyone on the overnight bus had more legitimate reasons for going to Trabzon. She said she was crossing into Georgia after arrival in Trabzon: because it was cheap and there’s no visa required for crossing the border. My interest was piqued.

What is it about traveling, particularly backpacking, that’s been mystified over the years? People think being on the road will give you some kind of tranquility and peace. That, in turn, will give you the time and space to figure out your life purpose, and you will suddenly be in possession of some sort of guru-like wisdom. That is seriously misleading. It doesn’t happen.

Backpacking is exhausting. Every minute of your waking hours is spent on high alert.  In Homeland Security speak, that would be like, orange or red. Your brains are on constant over-drive, processing the new and constantly changing landscape and people. Because of your unfamiliarity with the environment, nothing is automated. Instead, every person and situation needs to be assessed and scrutinized. And if you are a woman, be prepared to deal with some form of sexual harassment, albeit most of it is harmless.

The idea that geographical isolation gives you some kind of perspective, insight or comfort of oneness, is baloney. Backpacking means days on end of sleeping in hostels that may or may not be clean or quiet. It means sleeping on over-night busses with seats that are terrible for your back and little air circulation that makes your throat get all dry and congested. It means choosing between your wallet and your tummy every time you decide to go for a meal. It means fending off unscrupulous thieves, hawkers of all colours and stripes, and develop a level of guardedness that may pass for paranoia back home. It means more time spent walking on your feet, no small feat even for gym-rats. It means doing all these things over and over again while you may not have showered for days, are sleep deprived and have your stomach in all kind of knots. This kind of physical toll on your body is in no way conducive to inspiring sharp and witty insights upstairs.

As for the idea that when we travel, our usual flawed selves are somehow transformed into someone wiser, more generous, more open-minded and more content: Haha, and Ha. If anything, extensive traveling reveals the worst in us. All our fears and insecurities become amplified. That sometimes even cripple our good senses. I found this out in the former Soviet-bloc nation, Georgia.

Our little van arrived in Tbilisi, the capital of Georgia in early morning after an overnight ride through eastern Turkey. Twelve hours before that, a dozen of us (us two tourists, others mostly Georgians) crammed into a van that would not pass road safety standards in more developed countries. It’s old and dirty, and designed to transport only half of us. No matter, most of the luggage took their rightful places on top of the van.  A number of men jumped up and down the van to tie them down with a dizzying number of ropes.

Sleep was not an option then. Even for someone who’s barely 5’3, I could not stretch my legs. More plastic bags and cartons filled up spaces below the seats. The best I could do was to fold up my legs against the seat in front of me, and lean against the window for some respite against an onset of claustrophobia. Staring into dark roads with the occasional sights of water, I didn’t think much at all.

We limped our way to the Turkey-Georgia border around midnight. Everyone got off the bus, along with every piece of luggage. We shuffled around in the November chill, stomping our feet and rubbing our hands, waiting for people from buses ahead of us to go through. The custom stations themselves were no bigger than toll-road booths. I can’t remember much from it. Except that I was tired, cold, and wanted to get back into the bus, however cramped and dirty it was. An hour later, my backpack was perfunctorily checked with a hasty ruffle by a caffeinated guard. As we walked in a filed line up to the station booth, a female custom officer dutifully scanned my passport and rewarded my presence with a dud of a stamp. Eventually, everyone cleared customs and we were on our way. I have crossed the American and EU borders on busses, and this was no more or less irksome than the rest of them.

I later learned that unlike its many neighbours, Georgia desperately wanted in with the EU, NATO, and OSCE to protect it from the big bad Russia next door. The ruling party headed by Mikhail Saakashvili was the first democratically elected government in Georgia. After the Rose Revolution, Saakashvili had grappled with typical economic problems after the country’s emergence from decades of communist rule. At the same time, he made a point of distancing Georgia from Russian influence, now ever so threatening. Russia can now switch off Georgia’s gas supply at a whim, and literally freeze the cold Caucasian state into surrender. To that end, Georgia welcomed outside, particularly western visitors, with a no-visa rule. I obliged.

A week before I got on the rickety bus, destination Tbilisi, the capital was in official lock-down. There had been an attempted coup, newscasts were banned for 15 days, and riot police apparently shot anti-government demonstrators with rubber bullets. It was the first time in decades that Georgia made the international headline. The Canadian Ministry of Foreign Affairs issued a no-travel warning for the region. I had to go.

Back on the bus, onward and eastward, the van would slow down to an occasional crawl, and the driver would skillfully maneuver the battered vehicle through stretches of unpaved road. Then inevitably, the landmine of potholes would get the better of us. The vehicle, cement, and dirt would grind together in such a way to emit some inscrutable noise that would force the driver to slam on the brakes, jump off, and peer into the dark night for any evidence of lost luggage. 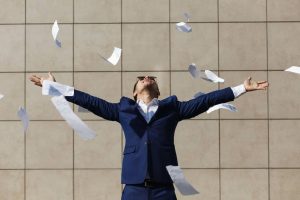 Is it Possible to Make Money with Blogging? Desperate and starving, North Korea may open up for more tourist dollars